The Ancient Phoenician Game of Cycles and Change: Rediscovered at Last!

The great Phoenicians were the first people to recognize that fighting the Cycle is pointless; rather, one must adapt to and flow with the change.

Known for the world’s first alphabet, it was actually their most beloved card game, Corniche, that allowed them to master the Cycle and spread it across the Mediterranean, thus conquering the known world.

Now, thanks to the work of anthropologists and translators at the University of North Sussex, the ancient game has been revitalized, rebalanced, and brought to the web for modern audiences to enjoy!

The goal of the game is to shed your hand while taking Runs of cards.  Each player takes turns playing a card onto the Run, and each card has to be higher than the previous cards.  The player who plays the last and highest card wins the Run, and gets 1 point for each card.  The next Run starts with the last card played.

Cards are ranked primarily by suit; e.g. a card with a higher suit will always beat a card with a lower suit.   The complication is that after each Run, the ranking of the suits change, with the highest played suit becoming the new lowest suit, while the previous low-ranked suits each bump up in the rankings.

Gameplay is divided into Rounds, which consist of playing through a standard deck of cards.  Half the cards are dealt evenly to the players, and once all of those cards have been played through the second half of the deck is dealt in the same fashion.

There are other rules; when you run out of cards in your hand you automatically win the current Run, the last player in the game who still has cards loses 1 point per remaining card, Aces lock the suit in, etc. etc., but that you can learn those as you play.  Have fun! 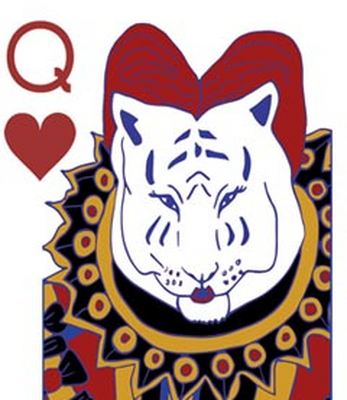